When we picture a country kitchen, we think of an airy room with an iconic range oven nestled inside a traditional-style mantle, with a granite-topped island and stylish pull-out larder. However, this has not always been the case.

From medieval times through to the early ninth century, the kitchen in great country houses was a room that’s sole purpose was for cooking, home to the chef and never visited by the family. It was created from a series of rooms; one larger room with a heat source and several other smaller rooms, pantries, larders, and sculleries.

Smaller farmhouse kitchens were the closest version of today’s modern kitchen; there would have been a large table in the heart of the room opposite an iron range, with freestanding wooden furniture against the wall in the way of an open dresser and food storage. Family and servants would gather to eat, as much of the food prep would have been carried out in the scullery, where the sink was located.

It was not until the Fifties that electrical appliances and sinks were introduced into the kitchen, and then in the late seventies, bespoke, fitted kitchen furniture began to rise in popularity, with the kitchen becoming a social hub of the home.

When planning a modern farmhouse kitchen, you can incorporate all or a just selection of the traditional elements below, to suit your personal style and meet your modern day needs.

A traditional range oven is always the focal point in a country kitchen, and an iconic Aga range oven integrated into a run of cabinetry with an overmantel helps to recreate this look. 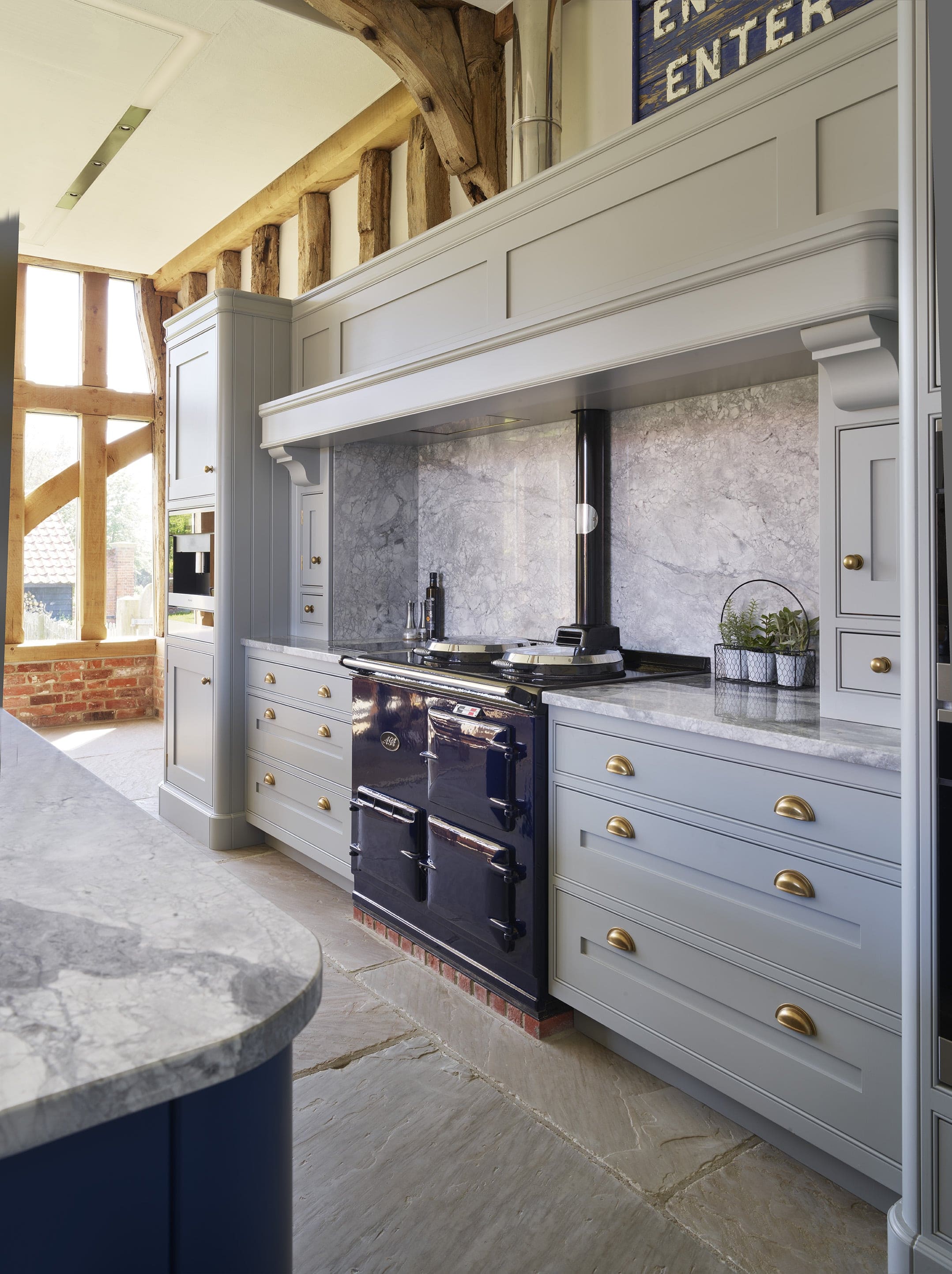 A prep table in the form of an island that takes centre stage can be designed to replicate freestanding furniture for a more traditional look, or a fitted island can be chosen to accommodate modern day essentials such as a dishwasher or hob, for a contemporary look. 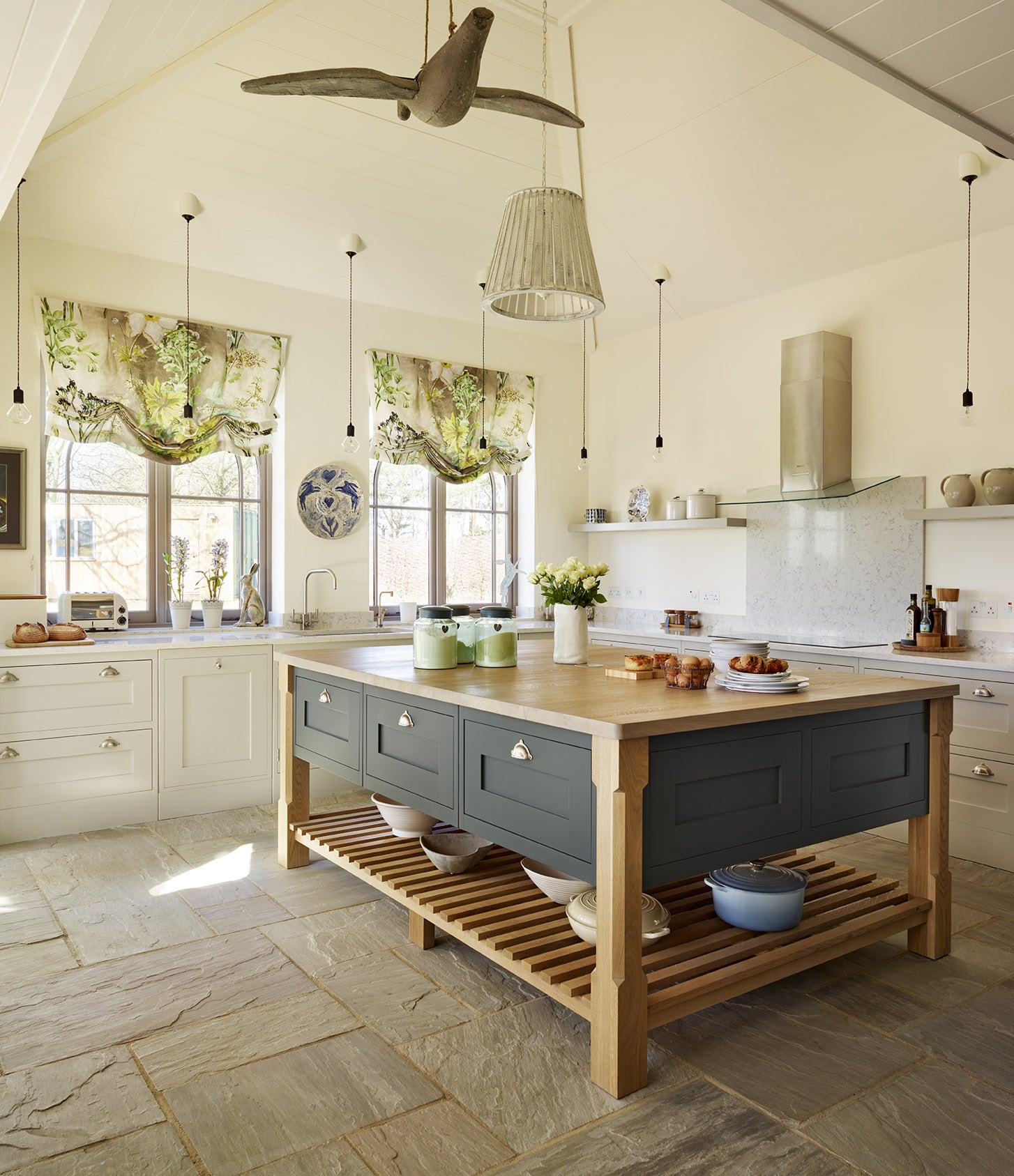 A storage larder and/or pantry can be incorporated into the design as a fixed unit, or if the space allows, a separate walk-in style pantry is more sympathetic. Additionally, larders can also be designed as breakfast cupboards to house smaller electrical appliances such as coffee machines and toasters. 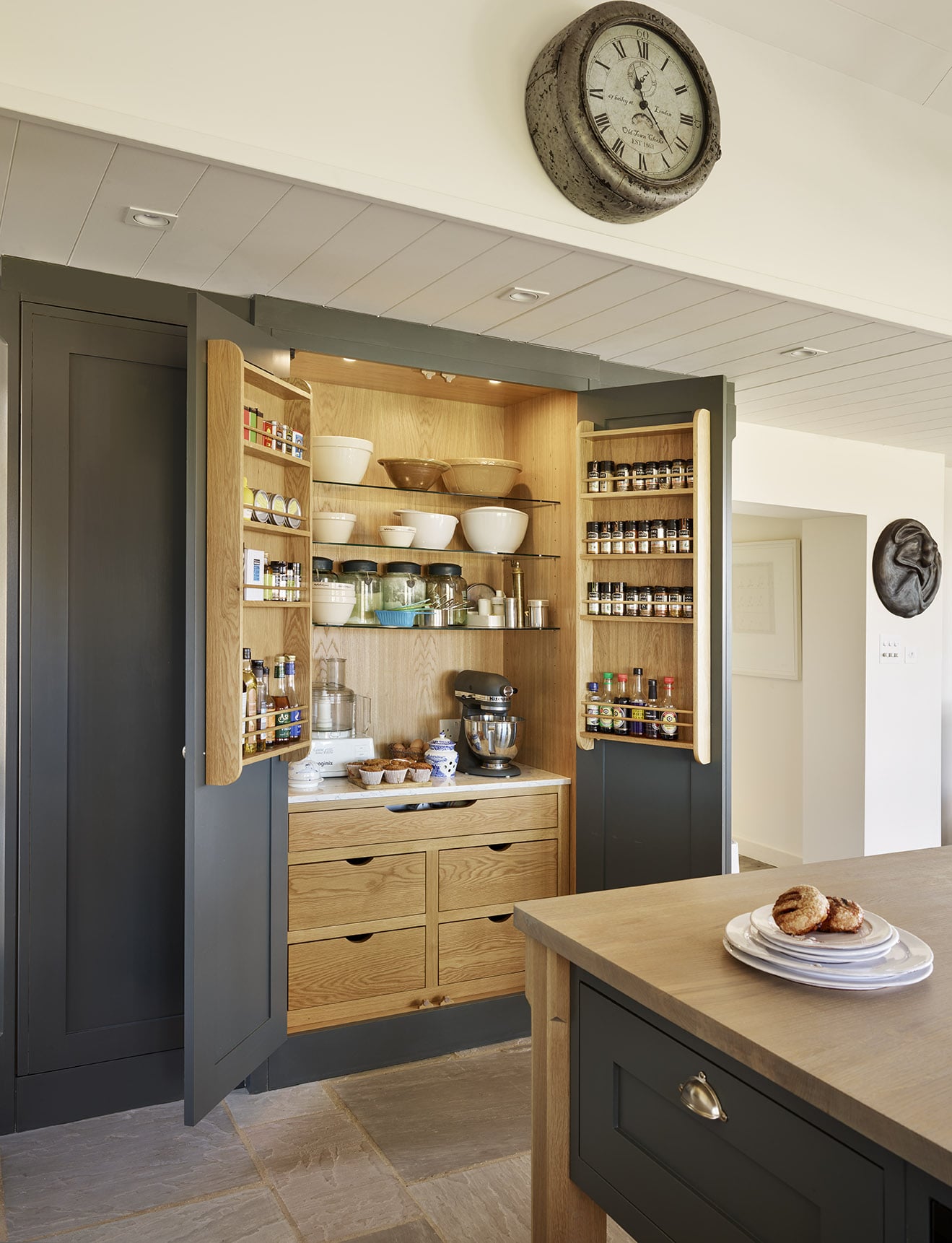 An open-style dresser or plate racks for displaying decorative plates or crockery will help to make the room feel homely, in keeping with the feel of a country-style kitchen. 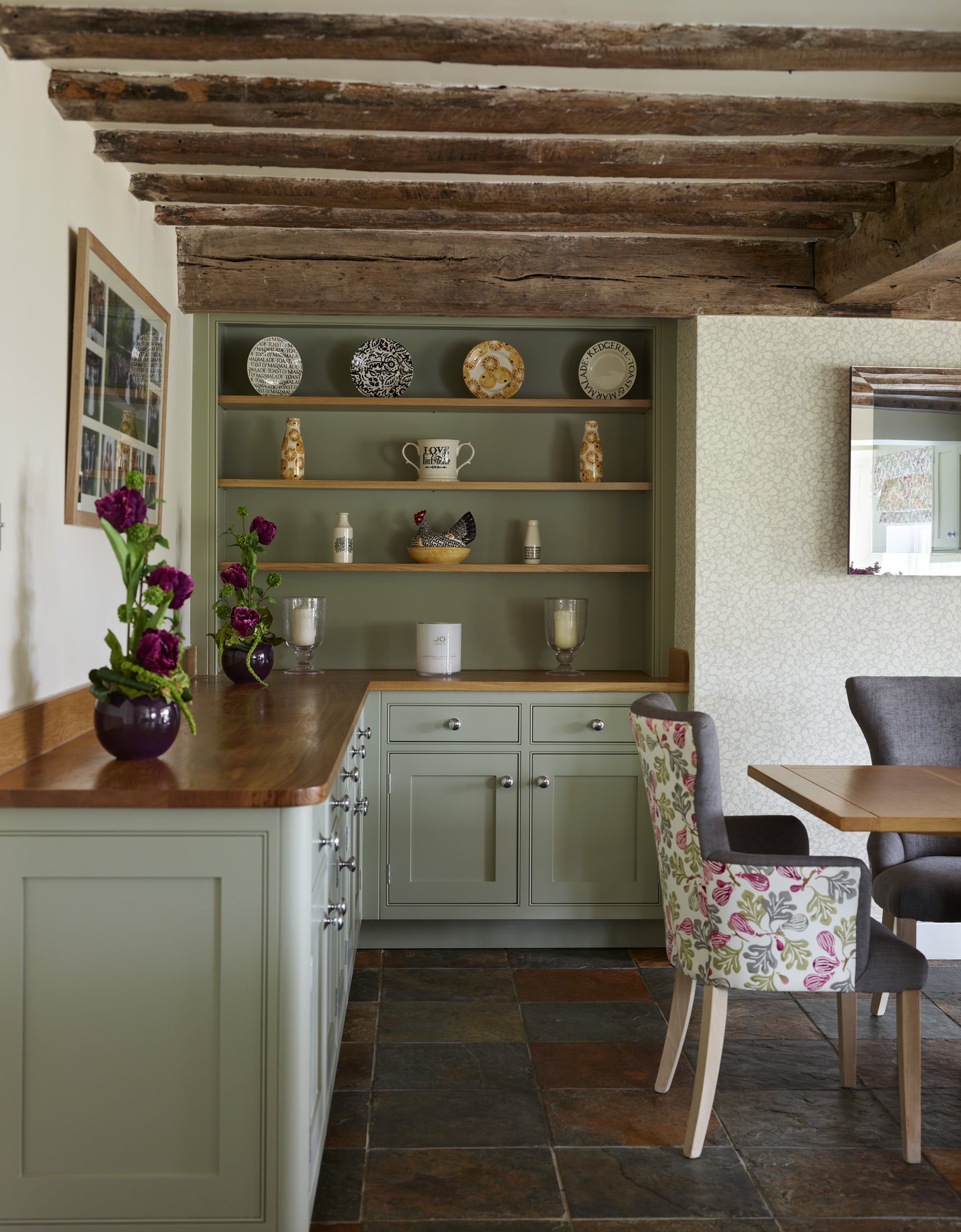 A Butler sink was designed in the early Victorian times as a way of conserving water in the Butler’s pantry when supplies of ‘fresh’ water were in short supply. Nowadays, a Butler or deeper, Belfast sink, are used in traditional kitchen schemes. 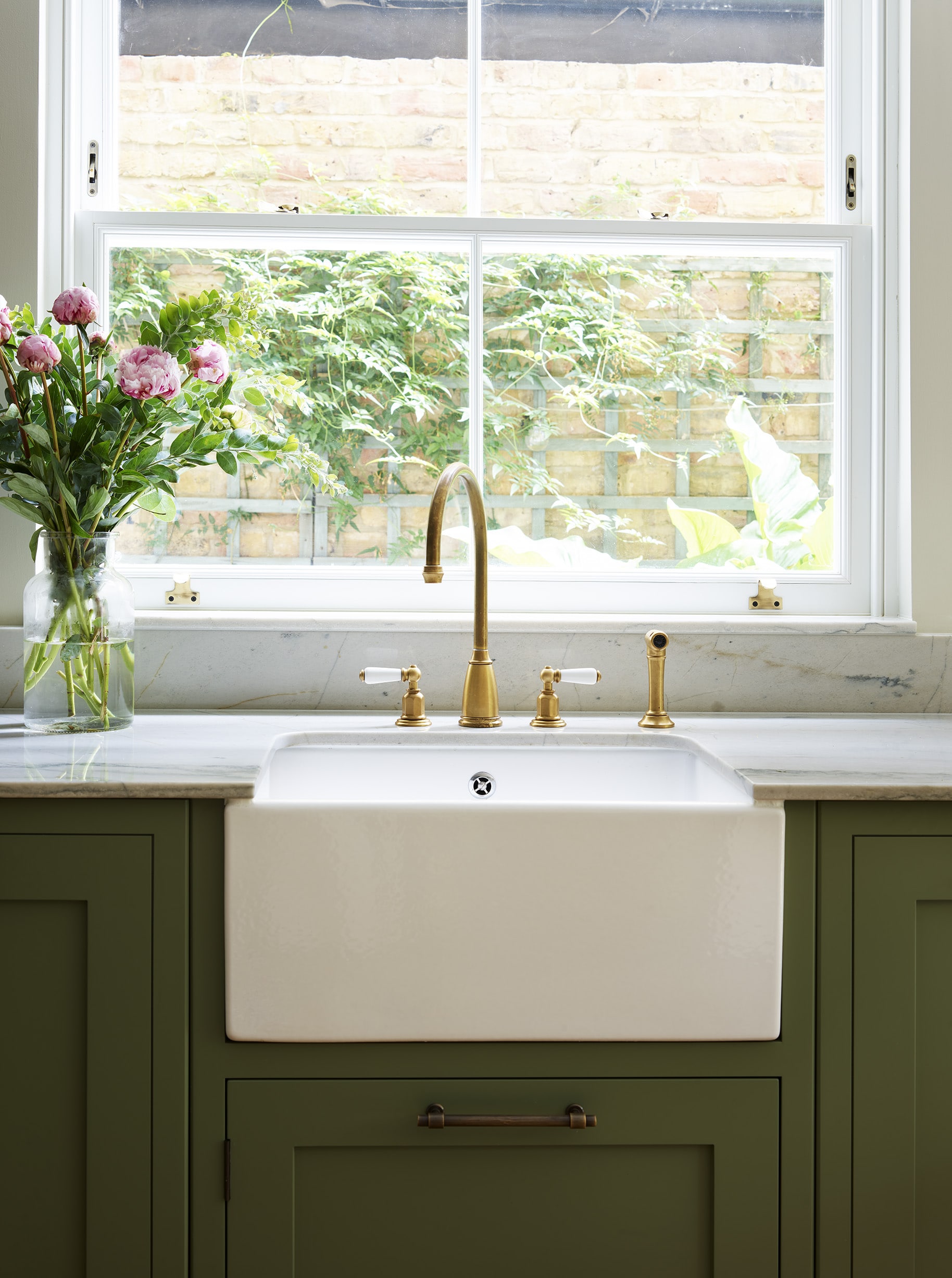 If you are considering planning a country-style kitchen, why not get in touch with our expert team to book a free design consultation?

Designing a Kitchen For Entertaining

If you love entertaining, then there are some key things to consider when designing a…

In the modern family home, the utility room has become a must have, with larger…